Profiling: Treccer 237ShowBiz Music Contestant No. 16 |Get To Know More

Monjo Theressa Vernyuy is a high school student currently preparing to take her GCE Advanced Level this year, she is 19years of age and is very passionate about music.

Before her friend ever took her to a studio, she was well known in her school for her interpretations of other song and for her covers she used to do in the days. But about 7months ago he friend invited her to a studio and that’s  when she began seeing herself as a big music star and thus she began doing studio recordings of her own songs. 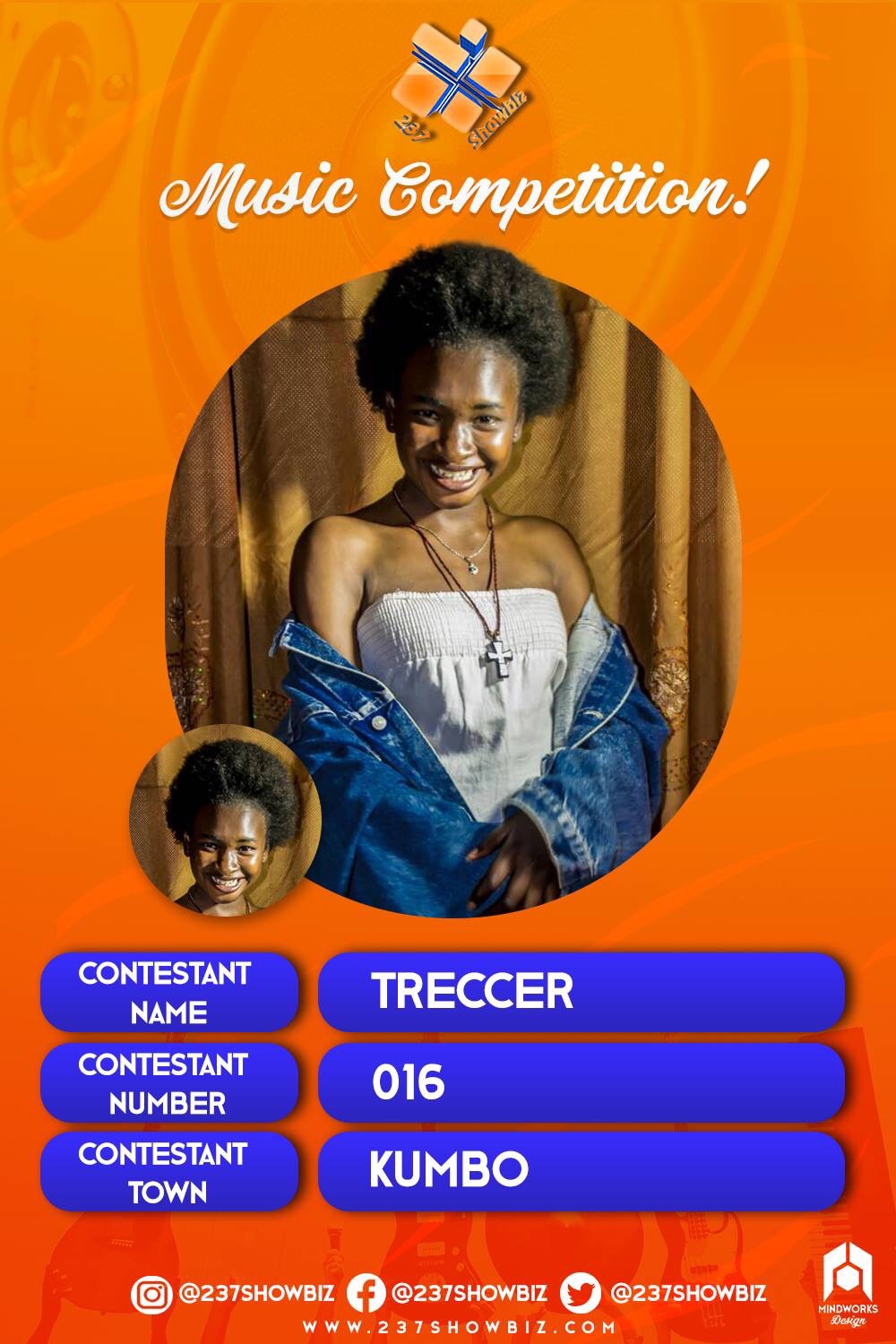 Treccer is a talented singer and amazing songwriter and moreover she has always had the support of her parents in her musical journey and as such her dream is to emerge winner of the 237Showbiz Music Competition first to push her career forward and next to make her parents proud. She believes that those who have supported her and brought her this far will be able to get her to the 1st prize in the competition.