Is Skidi Boy’s Apology To Tilla Tafari A Sign Of Respect, Fear or Maturity?

and Tilla Tafari, the last time we saw these two names together in a sentence it concerned a beef provoked by Skidi Booy who took to his Facebook page to reveal how Tilla called his music “wack”. Tilla did not let the “Jovi Wannabe” rapper as she called him get to her without a response, she even went as far as recording a live video on her Facebook page to sound a clear warning to Skidi and all others who may want to attack her in the future. But all these seems to be a thing of the past now, or at least it is so for Skidi Booy who just took to the very Facebook page he used to attack Tilla to apologize and encourage her, saying she is a great rapper and someone he looks up to, beckoning on her to bury the hatchet so that together they can take the Cameroonian Music Industry to another level.

This attitude displayed by Skidi Booy is a noble one as he proves to his fans that he can let his ego down, recognize his error and humble himself while presenting his apologies. At a time when music in Cameroon is gaining more grounds than ever before, it is necessary for artistes to remain united in their individual and collective struggles in order to put Cameroon on the map. We commend Skidi Booy for this fantastic display of humility and maturity, while waiting for the godmother Tilla Tafari’s response. What do you think about this move by Skidi Booy? Drop your thoughts in the comment section. 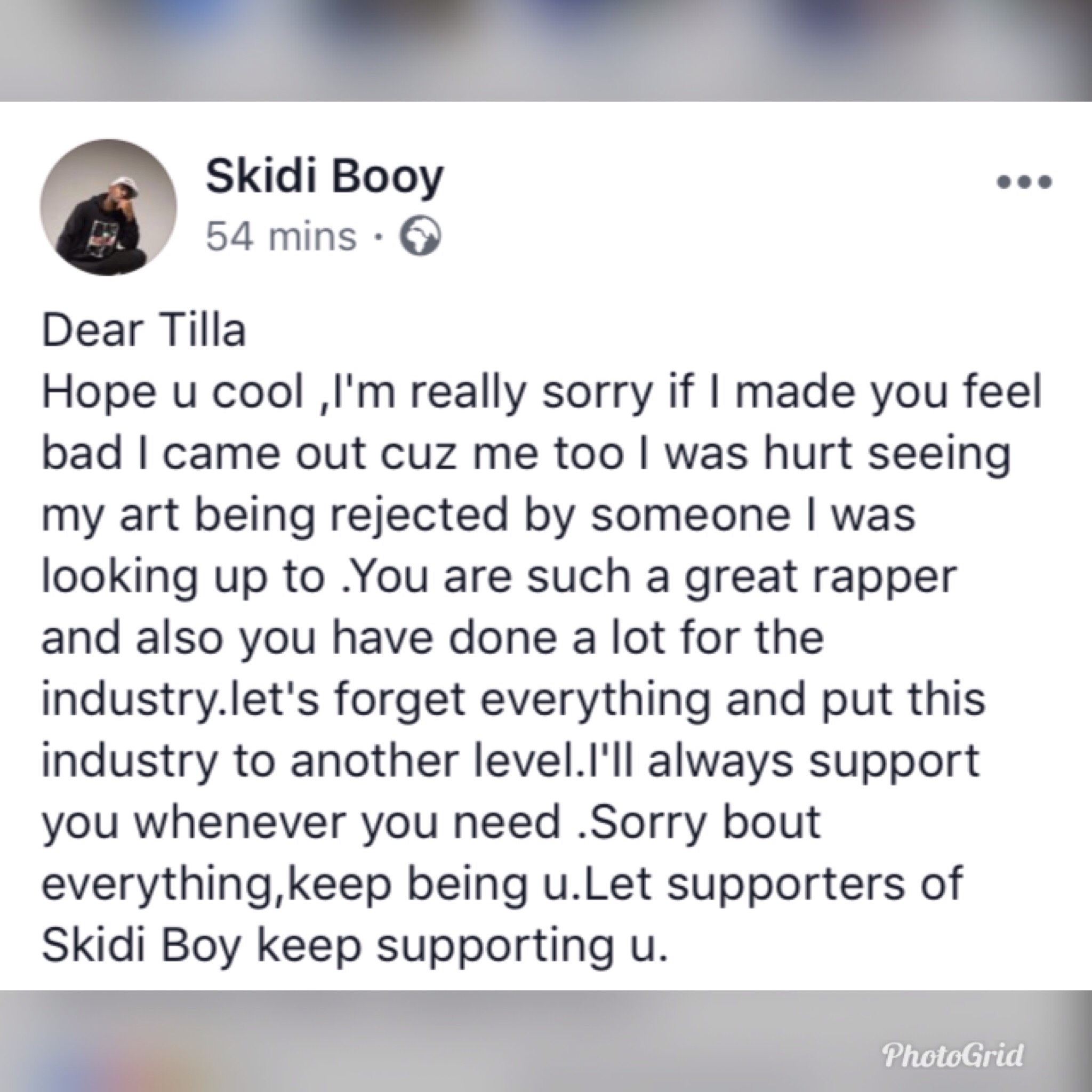