If you are spending money to get a commodity, you hope for the best right?  Talk about quality, texture, flavour, you name it. When it comes to spending money on YouTube views, you expect the views to go up and higher. This isn’t the case with the just released single Caramel by Stanley Enow featuring Davido.

In less than a week, Stanley Enow’s Caramel video has been moving at a speed we all thought it would create history in Cameroon entertainment. Being the first video to reach a million views in less than a week. Well that’s not the case. Its funny how between the early hours of 8 and 10am, the video had a total of 340.000 views, but by evening, instead of the views to increase, it took a drastic drop from 340.000 views to 212.000 views. I understand and believe its possible to unlike a post or picture on social media, but I don’t think one can ”unview” a YouTube video. 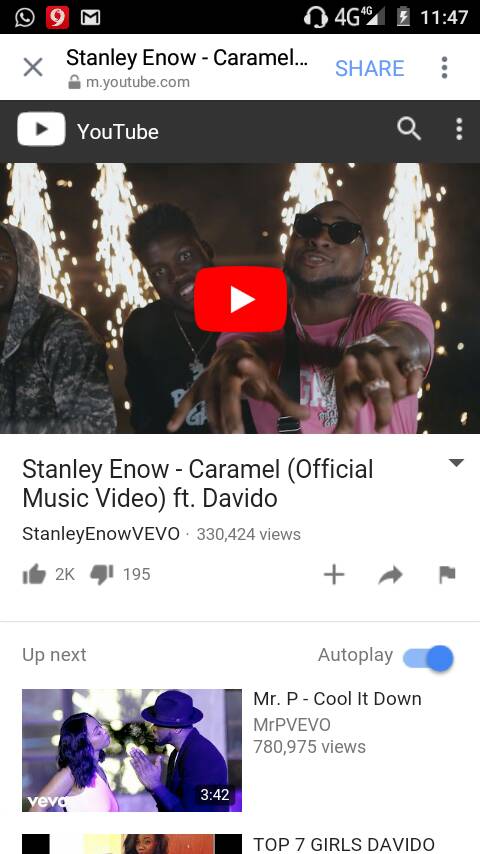 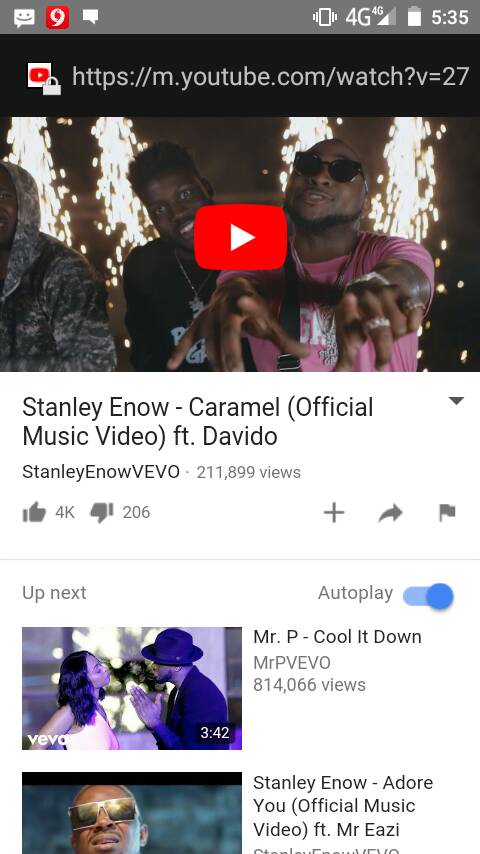