“There’s no artiste in Africa who has more unreleased songs than I do right now” Cameroonian superstar Salatiel Reveals..

As earlier announced by the High Man General, the album slated to drop this year 2020 was postponed after the Kumba Massacre of October 24th which saw the lives of 7 pupils snatched away by gun men. Salatiel also disclosed that the reason for the delay of the album came as a result of the fact that he lost all data when the hard drive containing all the data (Beats, Recordings etc) crashed and this forced him to pause the release and commence from zero, producing from scratch every single track in the album and projects of other artistes whose works had to come out of the creative mind of the Anita crooner. 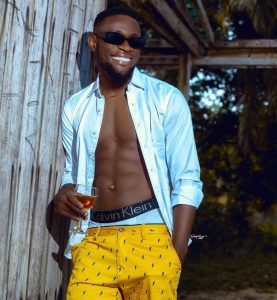 Described as one of the worst experiences he has ever encountered as an artiste/producer, Salatiel told viewers of the live session that he almost went into depression. Notwithstanding, he declared to the fans that the album will be ready by the first week of February.

When asked who were some of the artistes on the album Africa Represented, Salatiel responded listin some of Africa’s talented names such as “Teni, Sauti Sol, Ice Prince, Stoneboy, Dready Christ, Pascal Yung King just to name a few. Although the hard drive carrying the highly anticipated album crashed, Salatiel  still made the public to understand by revealing to them that there’s no artiste in Africa who has more unreleased song at the moment than he has. He went ahead to say that he can release 6 albums of 20 tracks each. The music is there.

Being such a enthusiastic musician, Salatiel is more than ready to share with Africa “Africa Represented” as soon as the director of 2021 yells ACTION!
We can’t wait to see the magic he performed on this body of work.