TOP 10 Cameroonian Producers Of The Year 2019

Behind every successful record banging speakers near you, there are one or two Cameroonian music producers who have used their fingers to perform magic tricks placing those kicks, claps and snare just into the right position inorder to bring forth those bangers! Although some career cases of producers can be fugacious most especially when they are not consistently making hits, they literally get forgotten and wiped out. Notwithstanding, when these geniuses are at the pinnacle, celebrating them becomes inevitable!

These are the TOP 10 Hottest producers responsible for the numerous hits and popular songs of the year 2019. Some of them rarely get celebrated, praised, paid or even appreciated. 237Showbiz makes it a duty to have these composers exposed for the world to celebrate them! 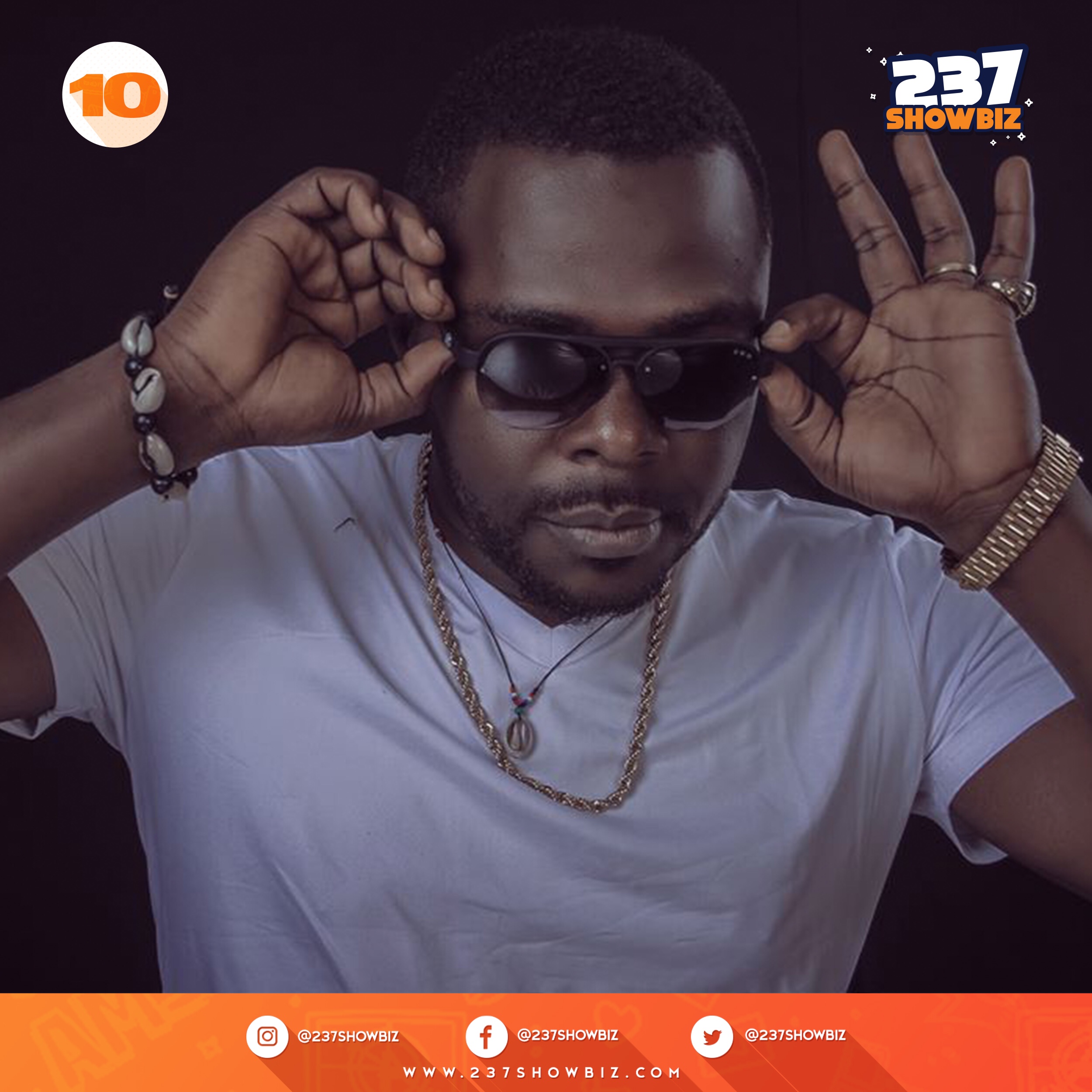 We start our TOP 10 countdown with amazing works of producer DJ Kriss particularly on two of Sessua Entertainment’s singers Bobby Felani’s Vanité and Bel’Yv’s Fidel singles released in the past year. DJ Kriss later dropped magic on the international collaboration of Ko-c featuring Ivory Coast sensation Ariel Sheney on the song “On S’en Fout” He claims out 10th spot 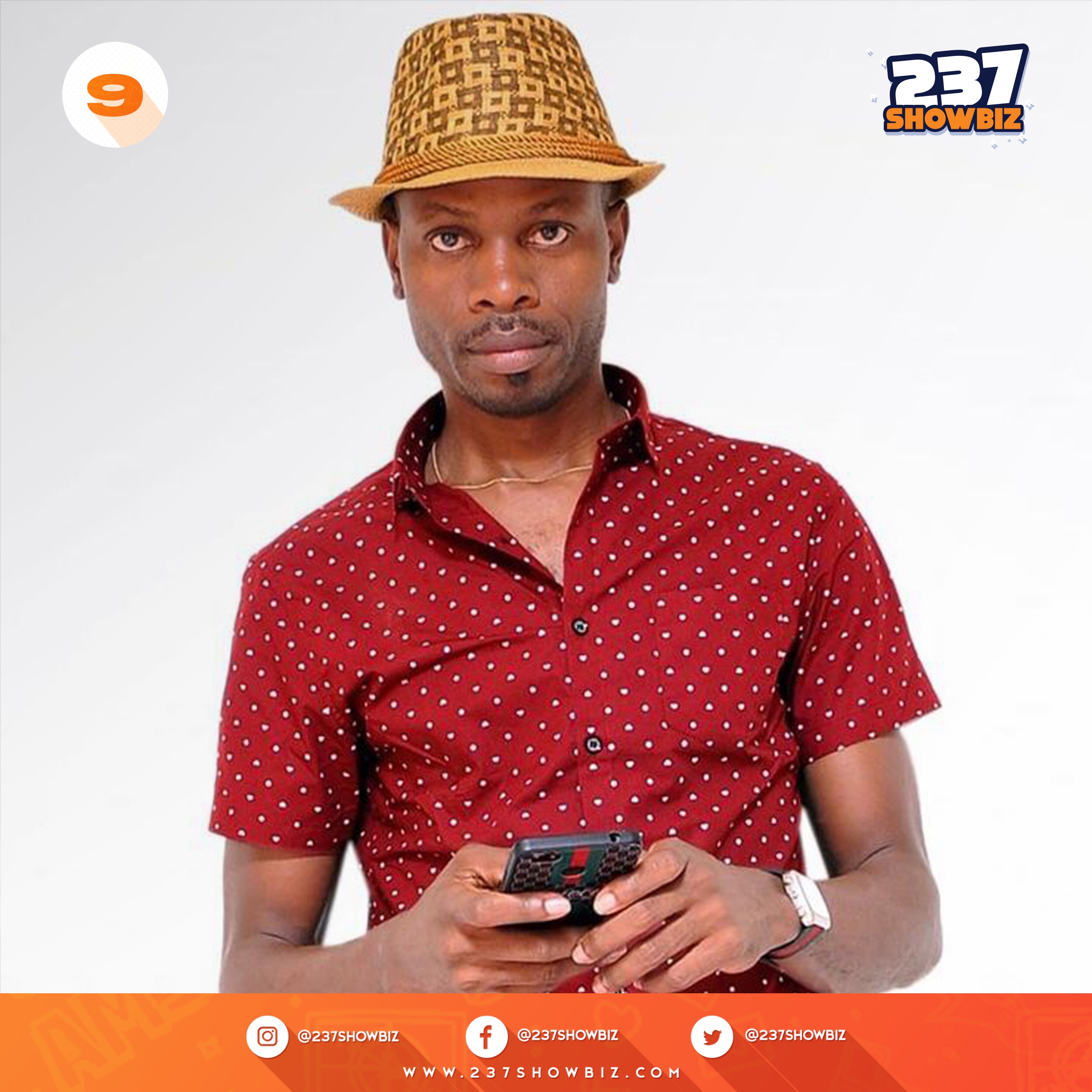 Known for his extraterrestrial efforts on popular musician Nyangono Du Sud’s hit song “Ça Déjà Commencer” Arrangemento moved from grass to grace after his works made it to speakers all over the nation and the globe. Not only did he just produce the song, we learned he actually did the chorus aswell. Nyangono Du Sud’s Ça Déjà Commencer is reported to have allegedly made close to 40.000.000 CFA in the year 2019. A round of applause for Arrangemento! 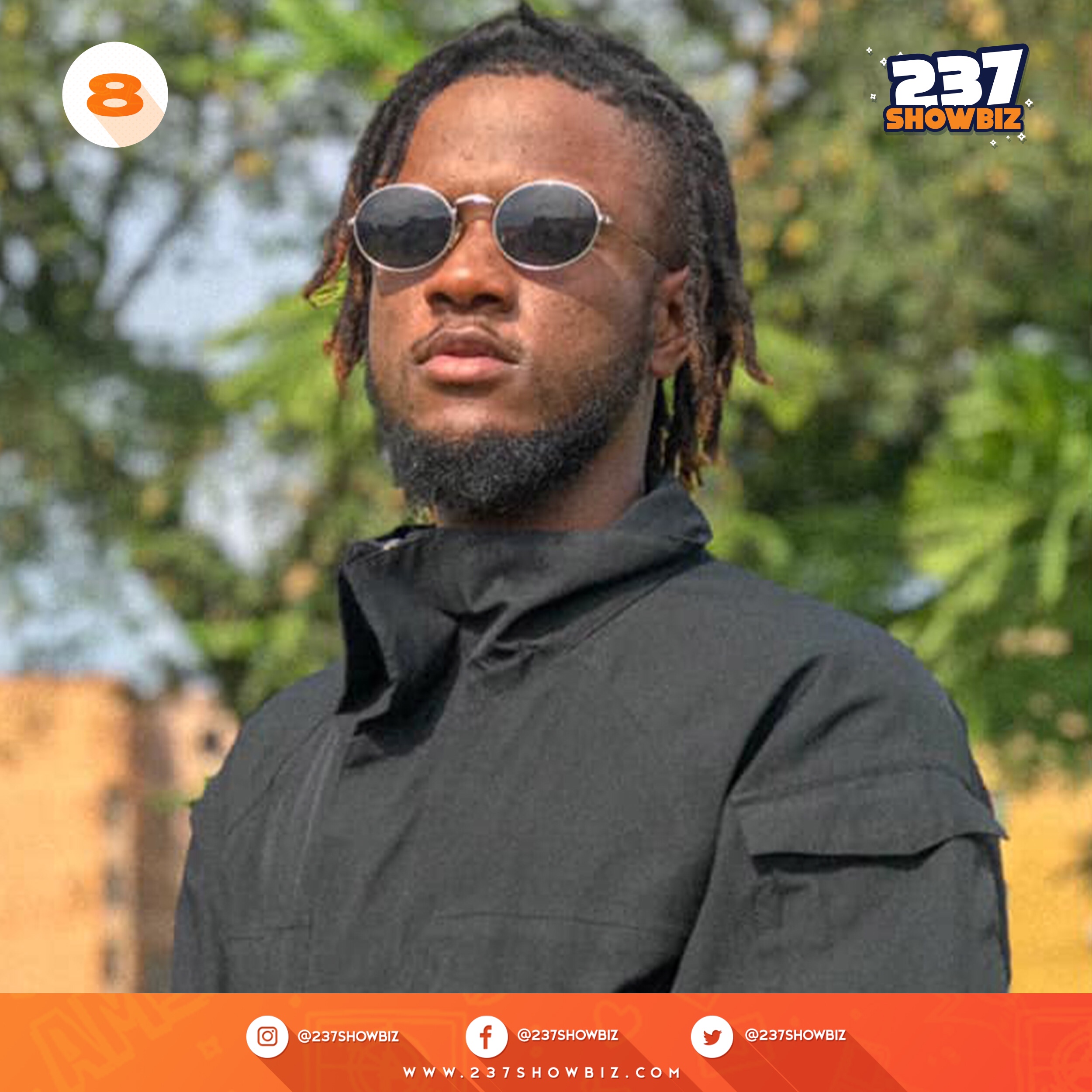 Producer, singer and same time head honcho of the label “Thee 808 Nation” Sango Edi seems to have had a slow year in 2020 when it comes to productions and did more of singing. However, he still managed to get his name behind some amazing tunes such as Nabila’s “Il Est La, Sandra Pierami’s “Bonne Chance”, D’slyk and Savagecash’s “Feeling Good”, DJ Makoko and Shura’s “SISIA” and Nabil Nabstar’s Wahala. Lastly, Steven’s Music Ent singer M-Pro’s “Young Wild and Free was also produced by him. He claims our 8th spot. 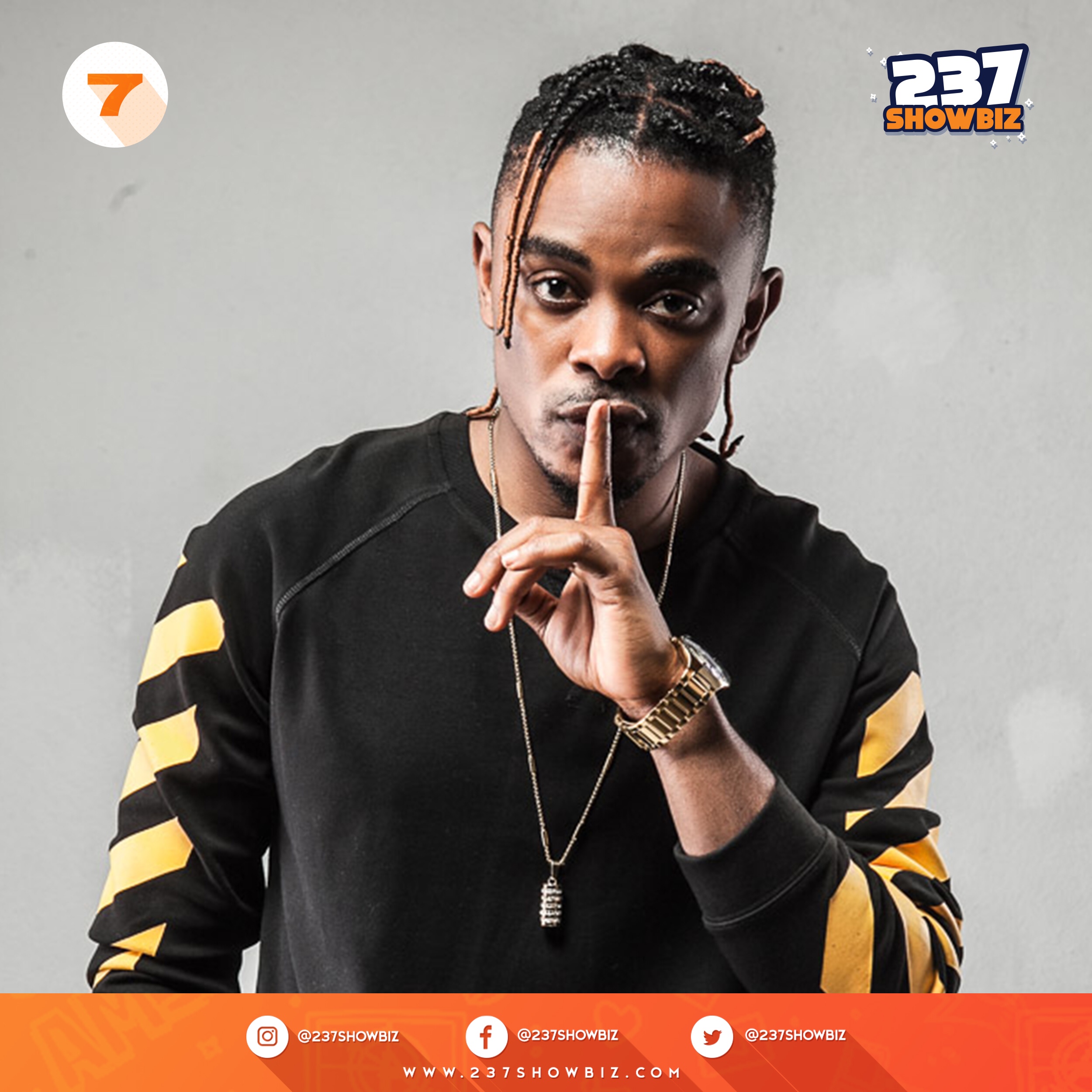 Although the singer/producer starts the new year with a new page after leaving his former record label Alpha Better Records, Akwandor, also known as Blaise B is carrying along all his accolades for the numerous hit songs he produced in the year 2019. The amazing thing about Blaise B’s works of 2019 is that most of them were produced during the fourth quarter of the year. Thus carrying the jingles to the new year. Hits such as “Pkoyo, by Mr Leo, Kameni and Gomez, Passe Partout by Montess and Mr Leo, Patronne by Mr Leo, Dance For Me Featuring Dolly Pearl, Mon Mieux, and “Allez Allez by Montess featuring Ko-c. 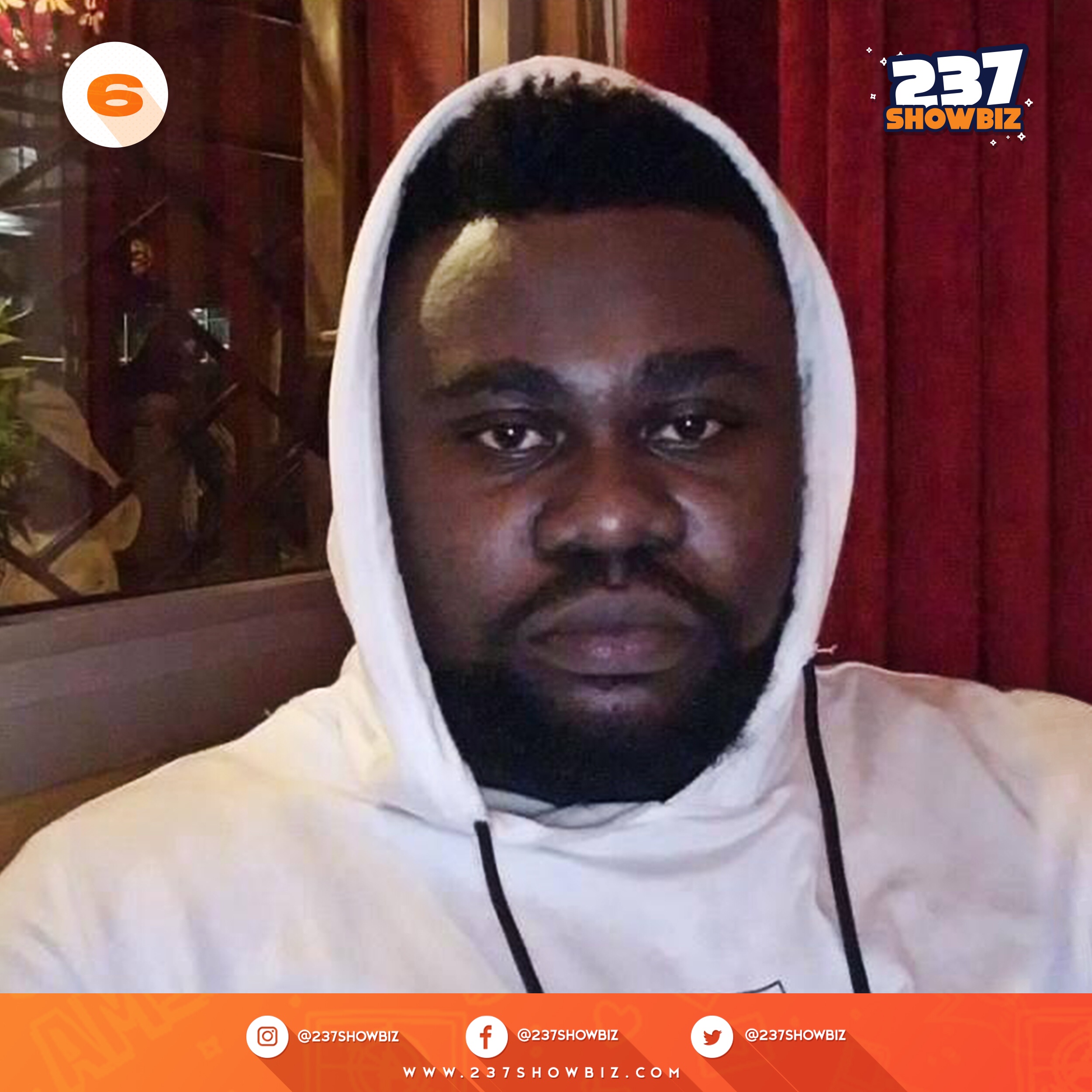 The name Big Joe is gradually gaining grounds in the milieu of Cameroonian music production. After paying his “New Man Tax” with his works on Alpha Better Record’s “Que’st Qui N’a Pas Marche“, Big Joe has been on high demand since then. 2019 seemed to have been a great year for him with hit songs produced such as Shura’s Voilà Moi, Mr Leo’s Toujours Haut, Ewube’s C’est Toi, Daphné’s Doucement, Mr Leo’s Amen and also got his name stamped on Wax Dey’s Final Light album released in 2019. 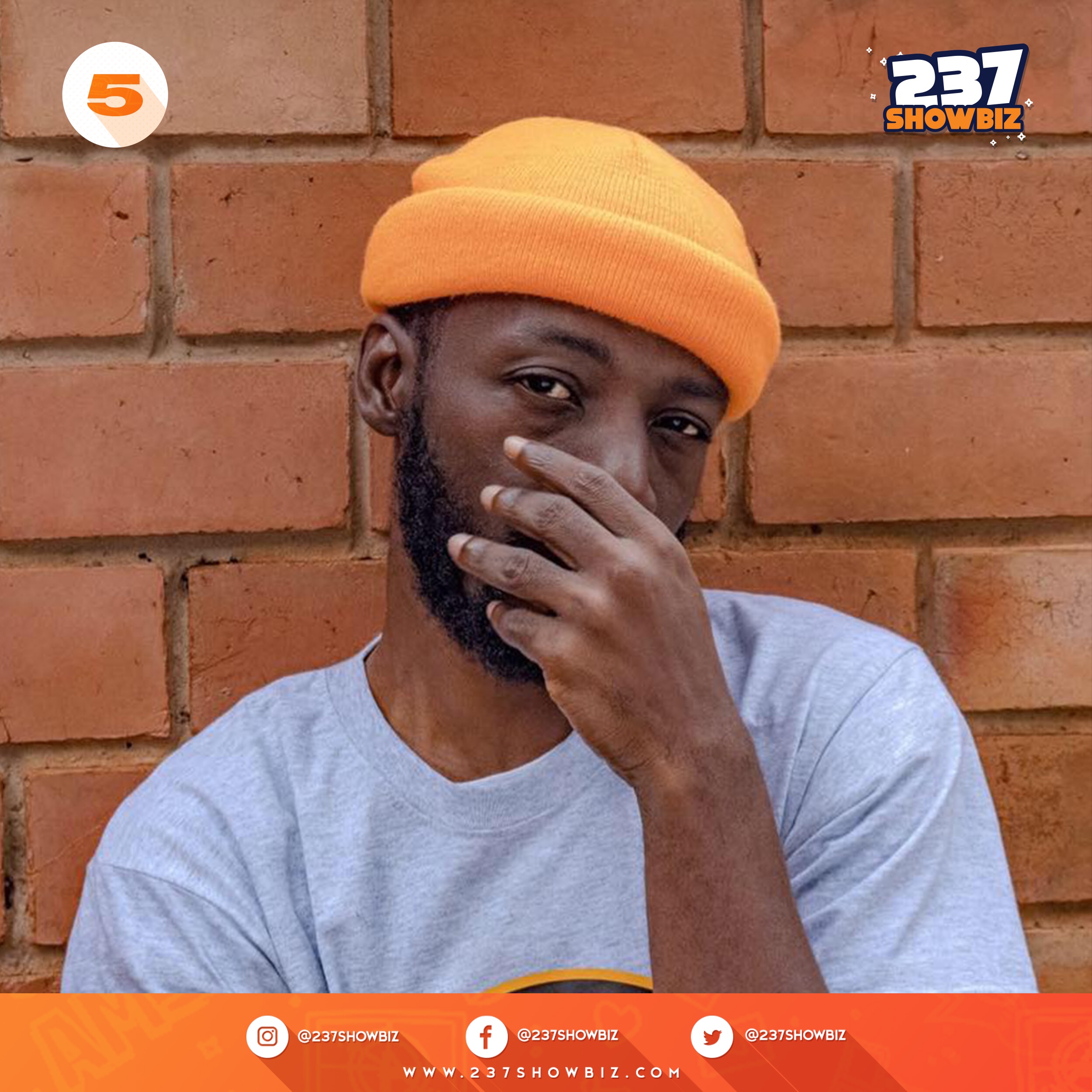 The year 2019 in the camp of New Bell Music’s head honcho, rapper, producer and sound engineer saw the producer doing it all for his entire gang. Jovi dropped one of the most listened albums and EP in the year 2019 with songs all produced by himself. He also put in some work for his latest singer Ishaku who released songs such as “Vuvuzela and Samira. Jovi also produced TATA’s Run Mop and Reniss’ Mbeng Et Le Feu Sort’s audio released in 2018 but it’s visuals published in January 2019 thus making waves that year. He claims our 5th spot. 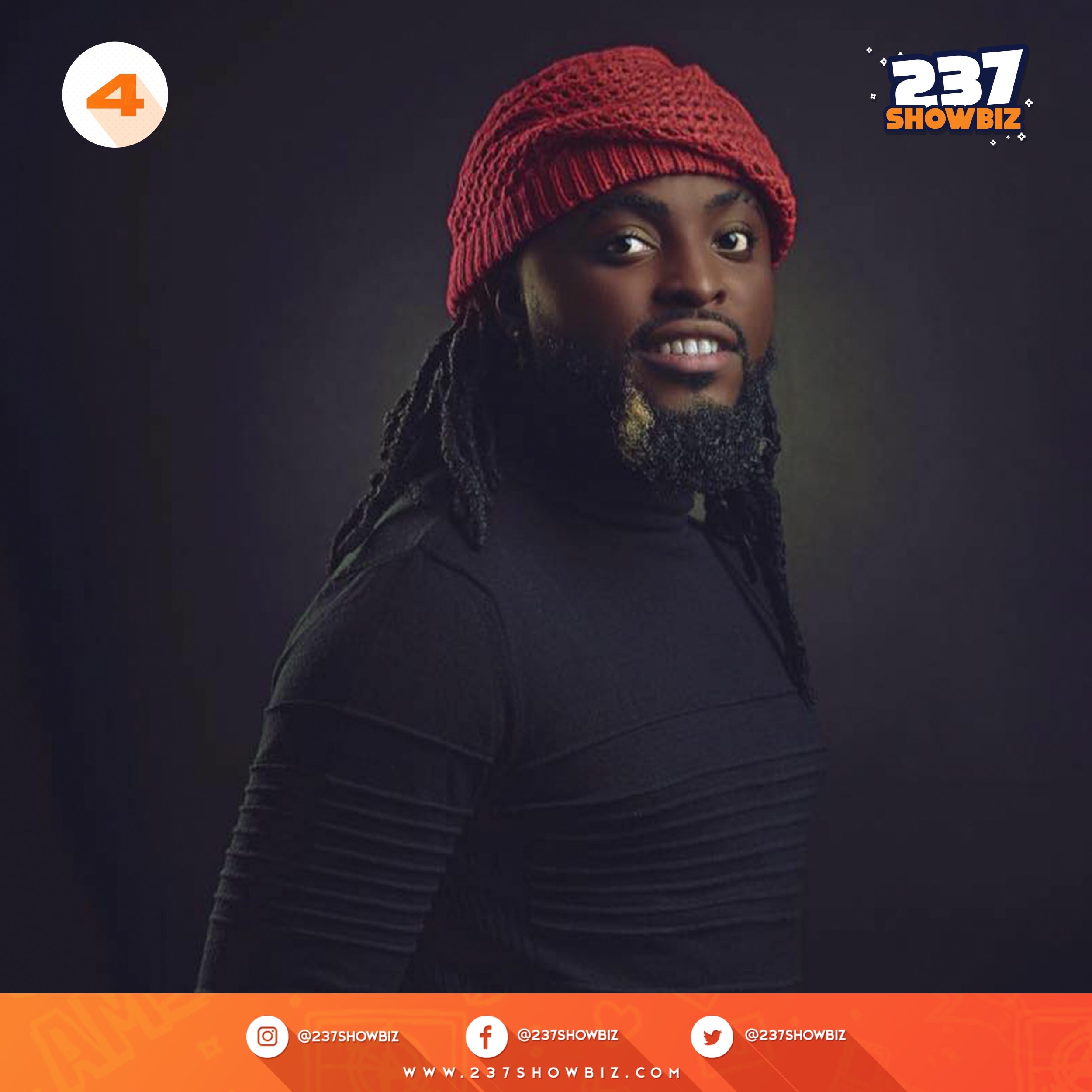 Half of music duo RIDIMZ is producer Phillbillbeatz. Many have described him to be Cameroon’s most consistent hitmaker. He sits comfortably on the 4th spot due to series of hits produced such as “Ça A Cuit by Ko-c, Sans Toi by Gomez, Anti Kirikou by Fhish and Benzil’s Wine Your Waist. His producer tag goes thus “Hmmmm its Phillbill” 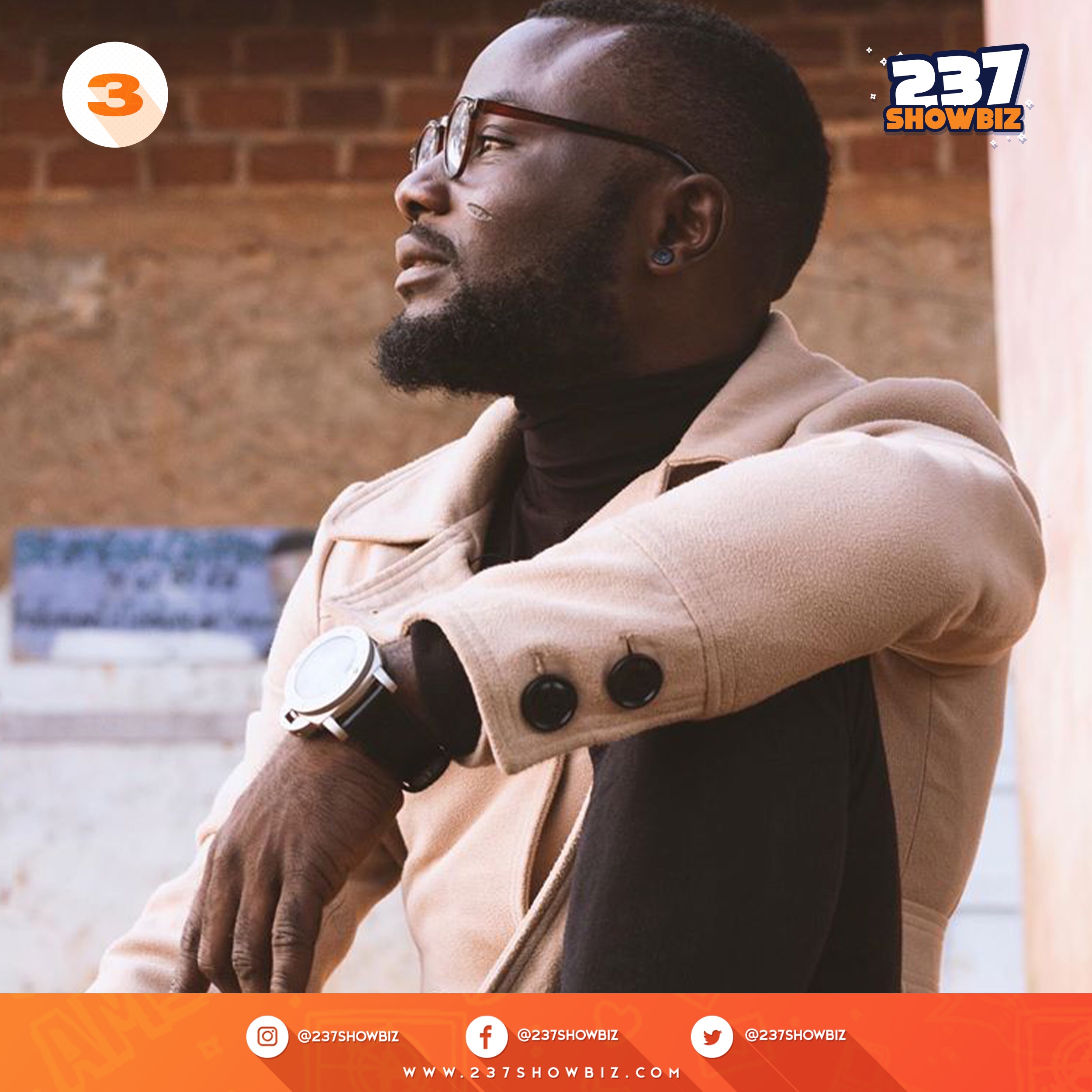 Music producer I.V.O is currently head honcho of UNIK Music. Although his 2019 year wasnt really consistent when it comes to production, his works on Blanche Bailly’s hit song “L’argent” skyrocketed him to spot 3.

I.V.O is best known for series of hit song for Maahlox Levibeur in the past. He comfortably sits on our 3rd spot. Additional productions in his name for artiste such as Kokoriko by Z-tra FT Mani Bella, and Parlez Encore by M-Fresh! 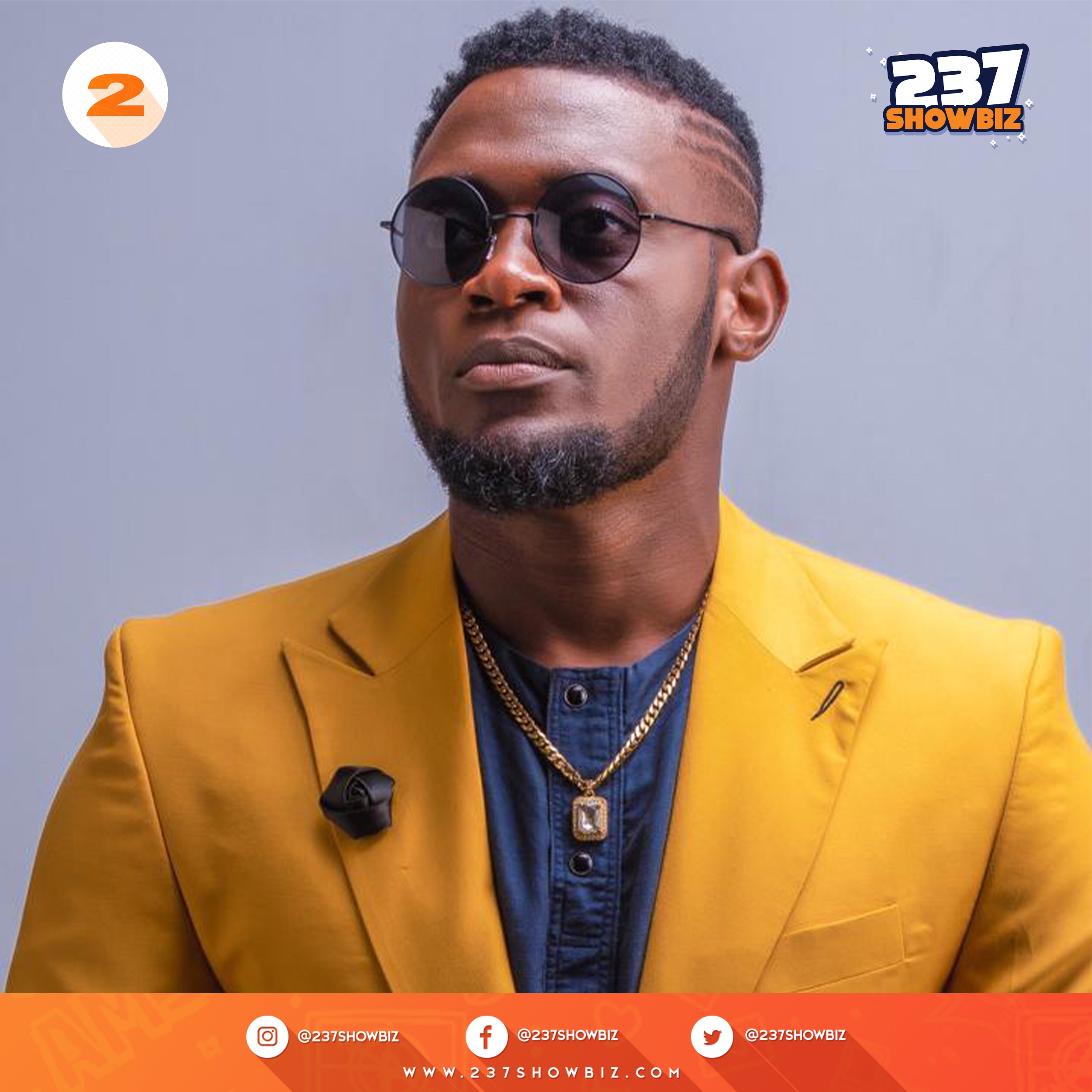 Singer, Producer and CEO of Alpha Better Records Salatiel recorded an amazing 2019 with back to back hits. With ANITA topping the list, the singer managed to jumped on the production of other artiste’s singles such as Daphné’s Ne Lâches Pas and Doucement, Blaise B’s Le Goût De Ça, and Gomez’s Ça Ne Vas Pas. Songs produced by Salatiel are ususally tagged “Salatiel On The Beat”

His featuring and verse on Beyoncé’s “Lion King Album” for the track tagged “WATER” alongside Pharell Williams did the icing on the cake and spiced up his entire 2019. As we speak, the video has already been shot and will be released pretty soon. 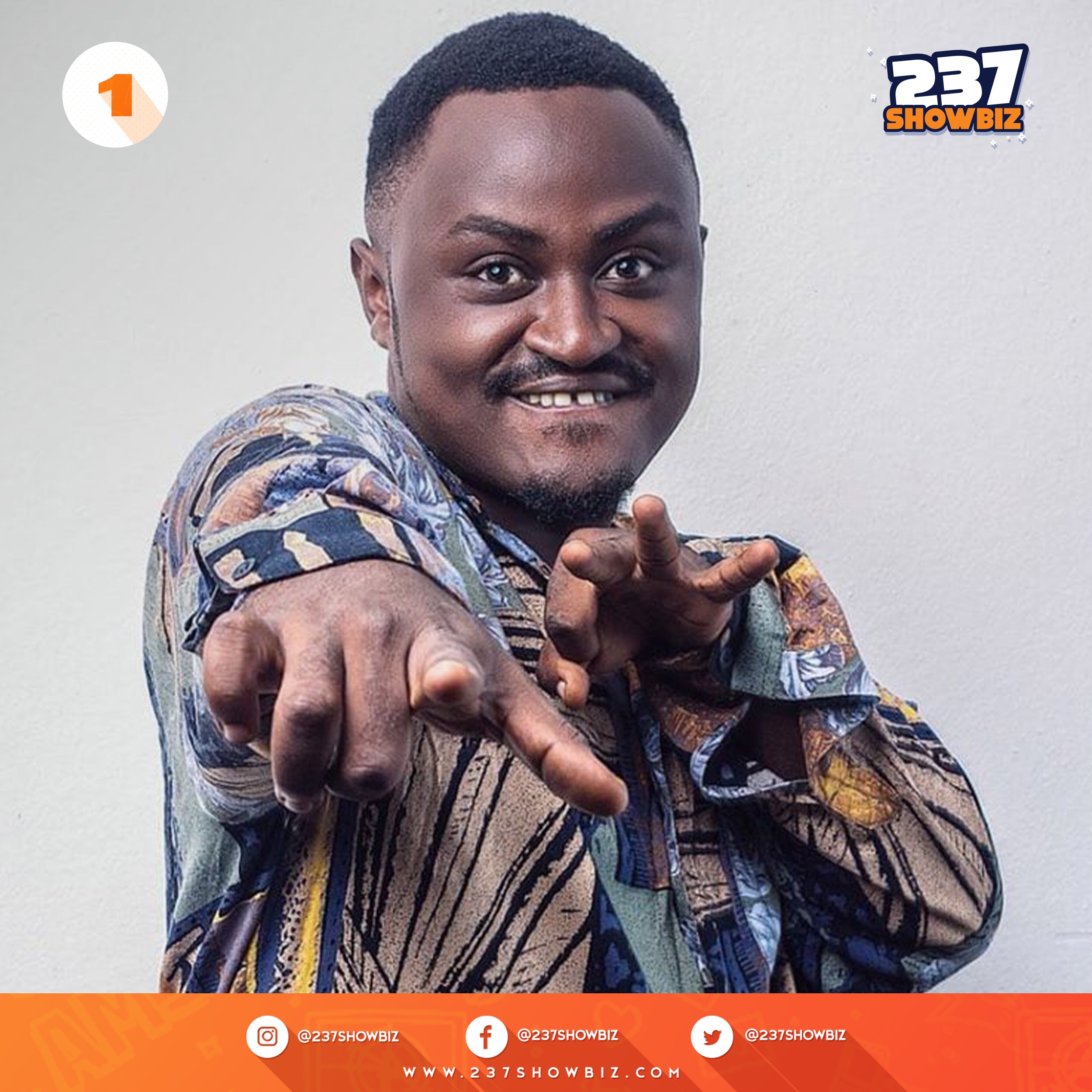 Producer Dijay Karl is unarguably Man Of The Year when it comes to music production in the year 2019. The Douala based producer with production tag “Dijay Karl Upon The Beat” manage to establish himself as a household name in the year 2019 with hip hop and dance songs in the past year.

Songs produced by Dijay Karl in the year 2019 are bangers such as; Fhish – Holla Holla, Mic Monsta – Johnny, AWU – Dege Dege, Joyce Babtunde – Merry Go Round, Ngoma – Penya Penya and AWU – Ya Ya Yo!