From awards, tours (internal & external), endorsement deals, shows, we can agree that another form of ”medal” placed on the suit of an artiste is an album. Albums are huge projects which require a lot of work.  In recent Camer music, I mean the music of Mr. Leo, Tzy Panchak and Gasha, there are only a few artistes who have been able to come out with an album, not only an album but fully loaded album, rich in maybe production, collabos and music videos. We decided to bring to you our countdown on the TOP 5 Album Covers. This countdown is judged mainly from the picture behind the cover, what its actually trying to mean, then we can consider the content  and number of hits in the album. You are free to agree and disagree, with your own countdown in the comment section.
5. Magasco – Raw Gold 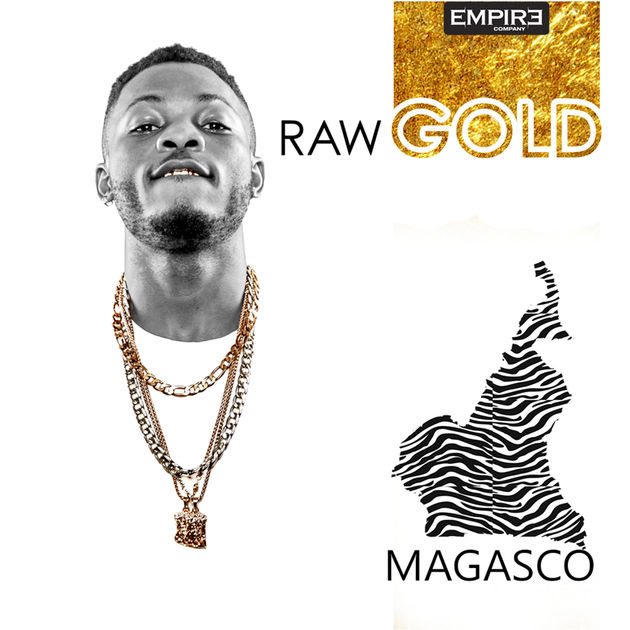 On our 5th spot is the great Mr. bella aka Bamenda Boy Magasco with a simple designed album cover, showing a patriotic feeling and love for his motherland Cameroon with the presence of the Cameroon map. I really don’t see the need for that map on the cover I really wish it was placed on the other side where you find the track list. Although to some it was necessary. Bamenda boy at the left corner trying to give us that confident pose, filled with readiness. I can’t really tell why he decided to call it Raw Gold even though we clearly see a good number of gold chains around his neck. Raw Gold has tracks such as Wule Bang Bang, Belinda and Bolo just to name a few.
4. Reniss – Tendon 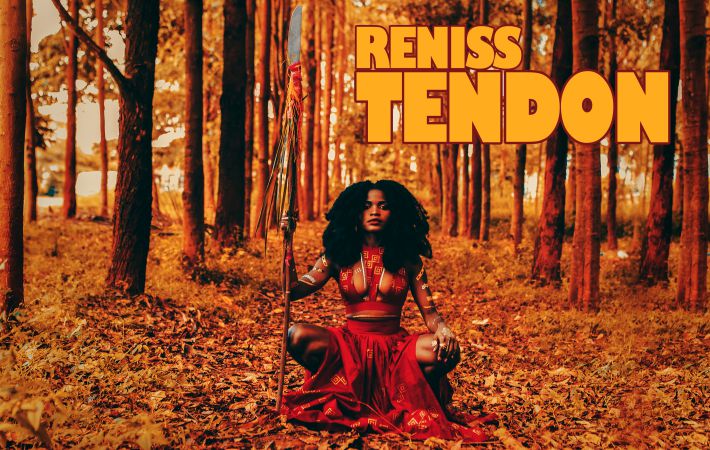 La sauce hit maker from New Bell Music is on our 4th spot. Cover designed by Ndukong of february 16th pictures sees the music star in the state of a true African warrior. In the forest, she stoops low holding a spear gazing at any stray animal for super. Her attire looks more South African to me. In her album released in 2016 are great tracks like La Sauce, Manamuh, Pilon, More, Feel Like just to name a few.
3. Pascal – Work Dey 3 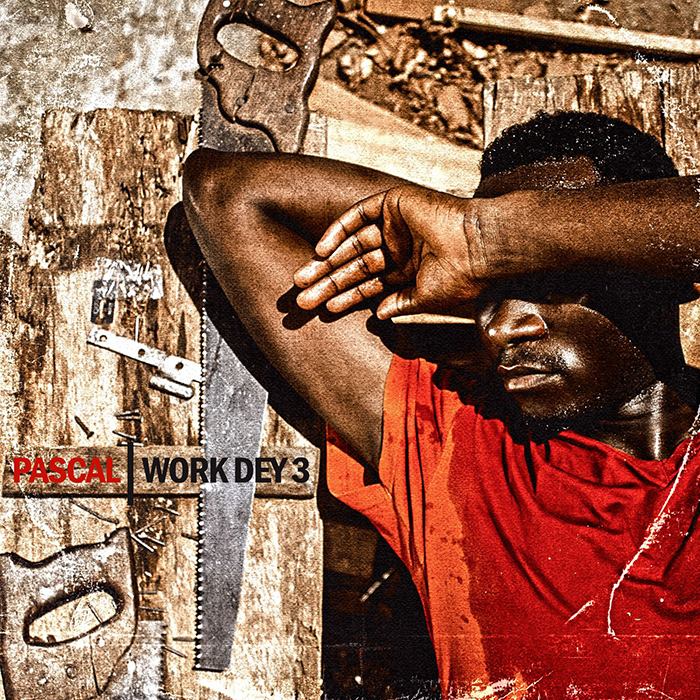 Homework, is what the YUNG King gave to many rappers on this album. The album cover paints a picture of a tired labourer, lazy to work and decides to sleep while others are busy putting in the work so he (Pascal)  is saying to other sleeping rappers, hence the name Work Dey 3. A Carpenter at work, evidence from the two saws and nails at the corner, a sweating labourer laying back rather than working. With great tracks like Homework, Go, Mafor and Miss you just to name a few. Pascal also features other African rapper Tris and KaAna and singer Freddy Massamba. He also features lable mates Jovi, L’or and Reniss. However all this success was when he was under the label New Bell Music. Looking forward for better happenings at Strange Kings label.
2. Jovi – 16 Wives 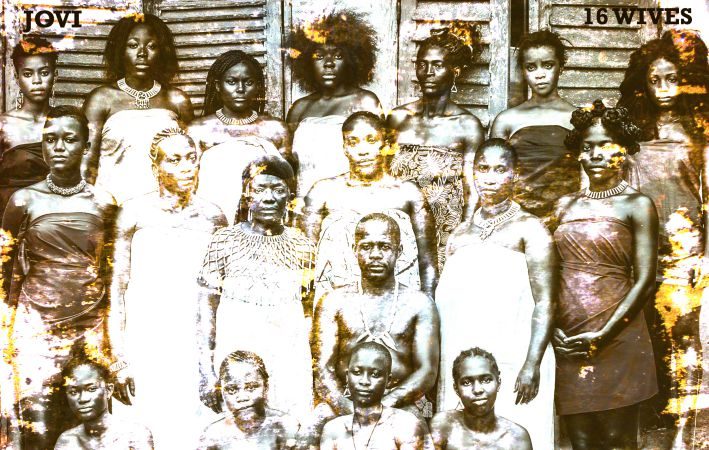 Released in February 16th 2017, album cover with  King Bell and his 16 Wives. Jovi as usual always responsible for providing us with extraordinary stuff, goes back in time just to give a name to his album and concept of the design. Many fans after counting the number of women and realizing they are actually 17 poured all sorts of criticism at Ndukong who designed the cover. Some tried to clear doubts saying the woman at his right hand is his mother. Adding that as tradition demands, the their inherits even his mother from his late father as an additional wives. The album is made up of 16 tracks, all potential hit songs, unfortunately, there is only two videos out yet for Ou Meme and Mongshung. Many fans have been pleading to have more videos most especially for tracks like Tom Yoms, Sux, On Est Bien and 50-50. 16 Wives is one of the best selling albums on Band Camp.
1. Stanley Enow – Soldier Like Ma Papa 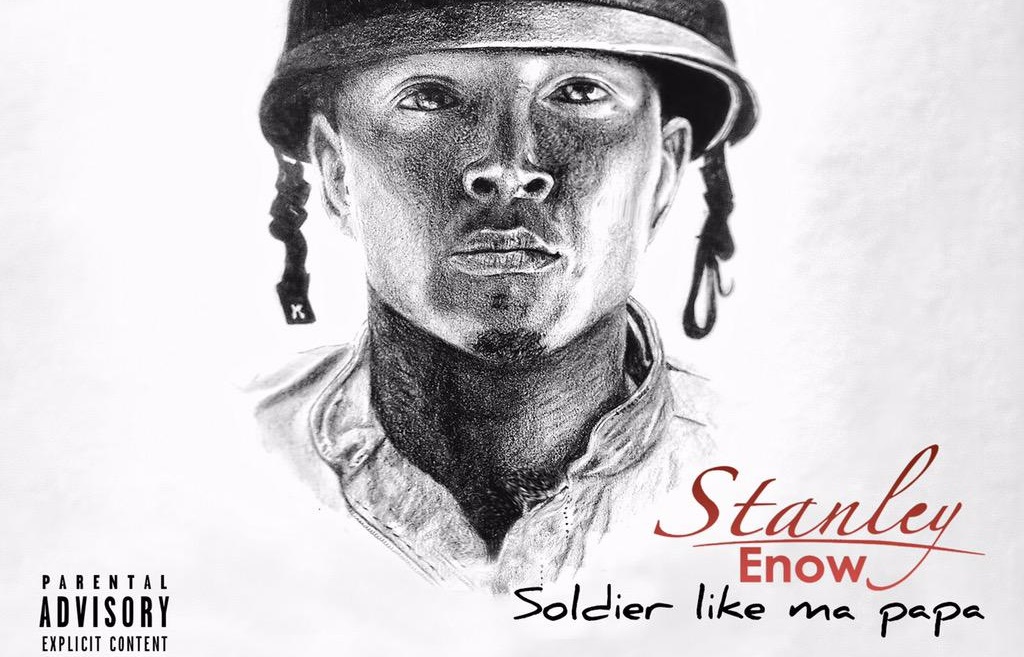 The design of this album cover makes the top spot because of the picture it paints. The Bayangi boy pays a tribute to his father who was once a very strict soldier. Evidence from the album name ”Soldier Like Ma Papa” and also the helmet on his head. The kind used by the army in times of war. Soldier Like My Papa is made up of 16 tracks and an additional bonus of 2. Released in 2015 ,distributed by Sony Music Entertainment, Soldier Like Ma Papa has hits like Yours, Work Hard, collabos with international artistes like Sarkodie, AKA and Ice Prince. You’ll hate Stanley is first, but the album cover is superb, rich content with features and marketing.
From all indications New Bell Music is responsible for providing us with great album covers since 3 of their work featured on our top 5. Would you recommend Ndukong for an album cover? I guess yes. I think he is good and the countdown makes sense. Now what do you think?  Will you replace a spot, or totally delete a spot and bring in another. The comment section is all yours. If we were to go a spot further, then Ambe’s La Star will come next.
-Victor Kange
(#NaTengiYesu)
By Victor Kange|2019-06-09T17:47:09+00:00September 5th, 2017|Categories: Music, News|Tags: jovi, Magasco, pascal, Reniss, Stanley Enow|0 Comments